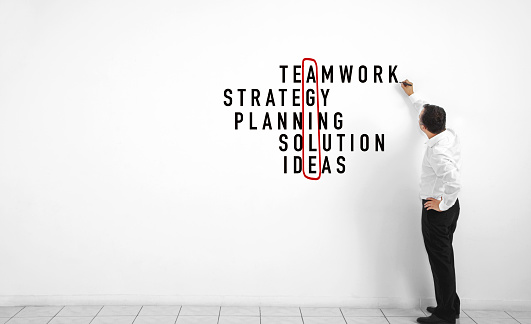 = The Manifesto for Agile Software Development

Agile software development is most notable for its emphasis on delivering functional product to the customer on an early and continuous basis as its primary goal, with documentation as a secondary priority. Today most organizations have worked to better incorporate technical writers into their Agile process but based on the process itself and its founding principles, there’s often a modified role for the technical writer. A big reason for this is that technical writers often do most of their work toward the end of the sprint after the changes are completed by the development team. For the first part of the sprint, technical writers are usually finalizing the previous sprint’s documentation updates. Another reason is that technical writer resources are sometimes too scarce to have a writer for each scrum team.

Technical writers are often part of several Agile scrum teams, so it can be confusing to determine the role and level of participation needed by a writer working in an Agile/scrum environment. This article is based on my experience working on a large development team where, over time, we developed a sort of hybrid role for the technical writer in terms of their roles and requirements within the Agile framework. The large software development project was comprised of five to seven different feature teams (aka scrum teams), and each technical writer was a member of two or three feature teams during any given sprint. In addition to the feature teams, the technical writer was part of the documentation team and other teams, such as the management team. Ideally, a technical writer is assigned to one sprint team and has the time to participate in all the scrums and sprint meetings, but if that’s not the case, then here are some helpful tips.

The first week of the sprint is very different for a technical writer compared to a developer. By nature, the technical writer is usually cleaning up outstanding updates as opposed to creating new ones. Based on sprint planning meetings, the writer should know the majority of documentation updates needed for the next sprint. However, starting work on those, aside from the administrative tasking, is often done toward the end of the sprint when the release is close to being finalized. Bottom line: get used to playing catch-up.

The scrum (or daily stand-up) meeting is a short (15 minute), timeboxed meeting that is usually devoted to the developers. The primary goal of scrum is to review what has been done in the last 24 hours and what will be done in the next 24 hours. That often does not apply to the technical writer or documentation, especially early in the sprint, so the technical writer often attends scrum as an observer and to note any changes to the sprint backlog.

If a technical writer is working with multiple sprint teams, it’s important to choose what meetings to attend, especially when it comes to scrums. We found that attending two or three scrums per week was sufficient for technical writers. Some of the key things that a technical writer needs to accomplish in scrums are:

Ideally, a technical writer is dedicated to one sprint team, but when that’s not the case, then attend scrums regularly as it fits your schedule. Be sure to attend when you need to report impediments or ask questions.

Guidance on attending other sprint meetings is a little less murky than it is for scums. Generally, the technical writer should attend all sprint planning meetings for their assigned teams. Beyond that, most meetings are optional or not required aside from the sprint retrospective, which should be attended by either a senior writer or a writer designated to provide input (what went well, what can be improved, etc.) from the documentation team.

Here’s some of meetings that were not required for technical writers based on my experience:

The following are examples of common tasks technical writers must complete as part of each sprint:

When working in an Agile environment it’s essential that a technical writer is, well, agile, as you will often have to juggle working with different teams; however, it’s also important to establish routines and milestones. For example, even though you aren’t attending all the scrums, try to attend on the same day of the week so your schedule is as planned out as possible. The same goes for milestones. These can be weekly or based on the release status. Try to complete sprint documentation on the same timetable for each release and make processes repeatable.